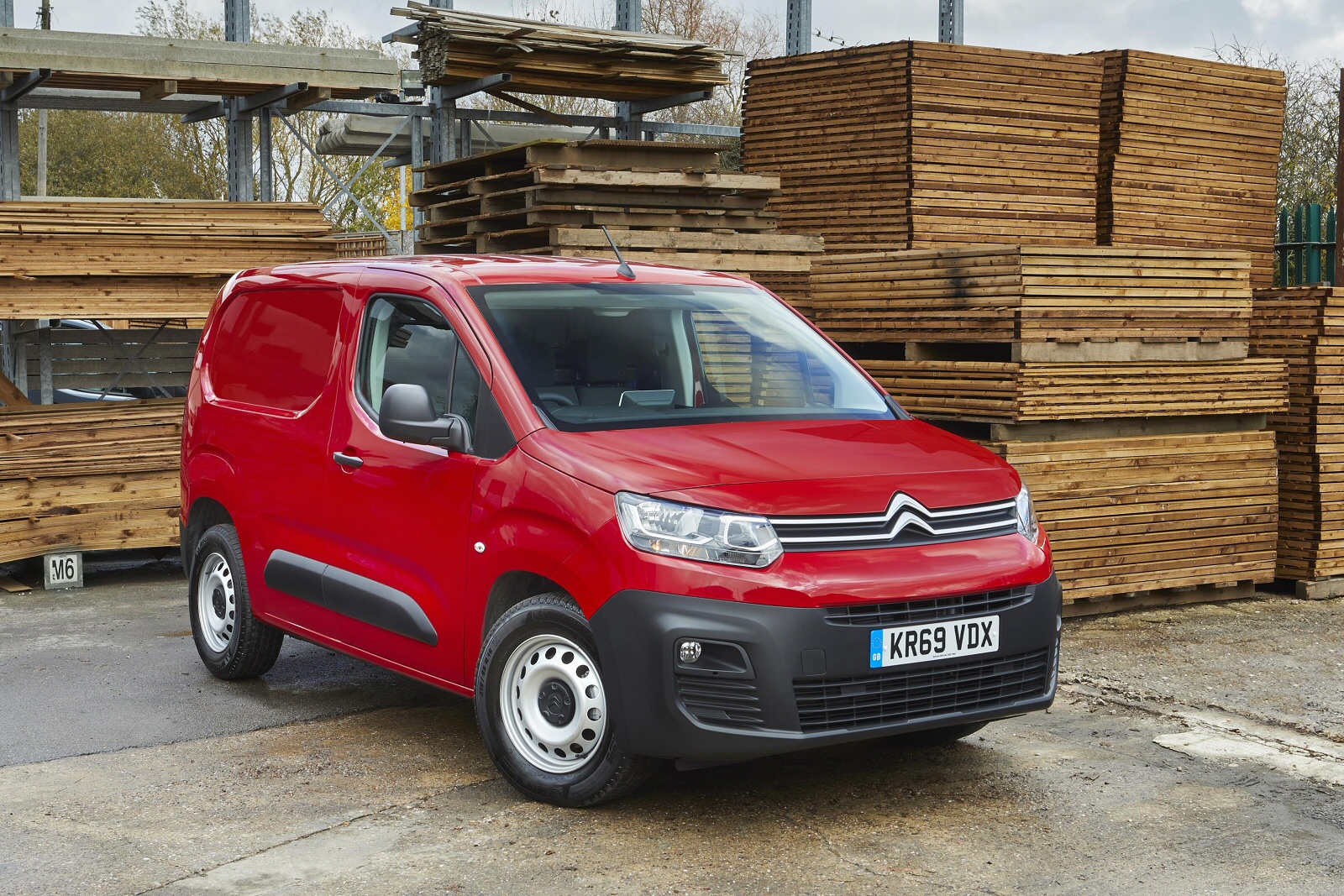 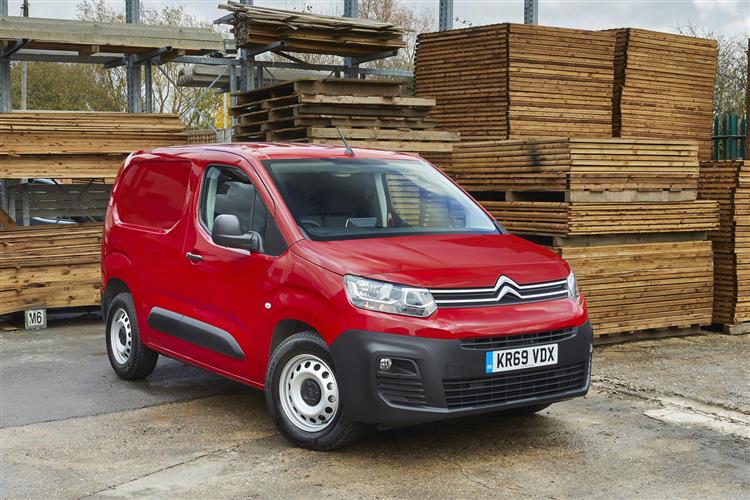 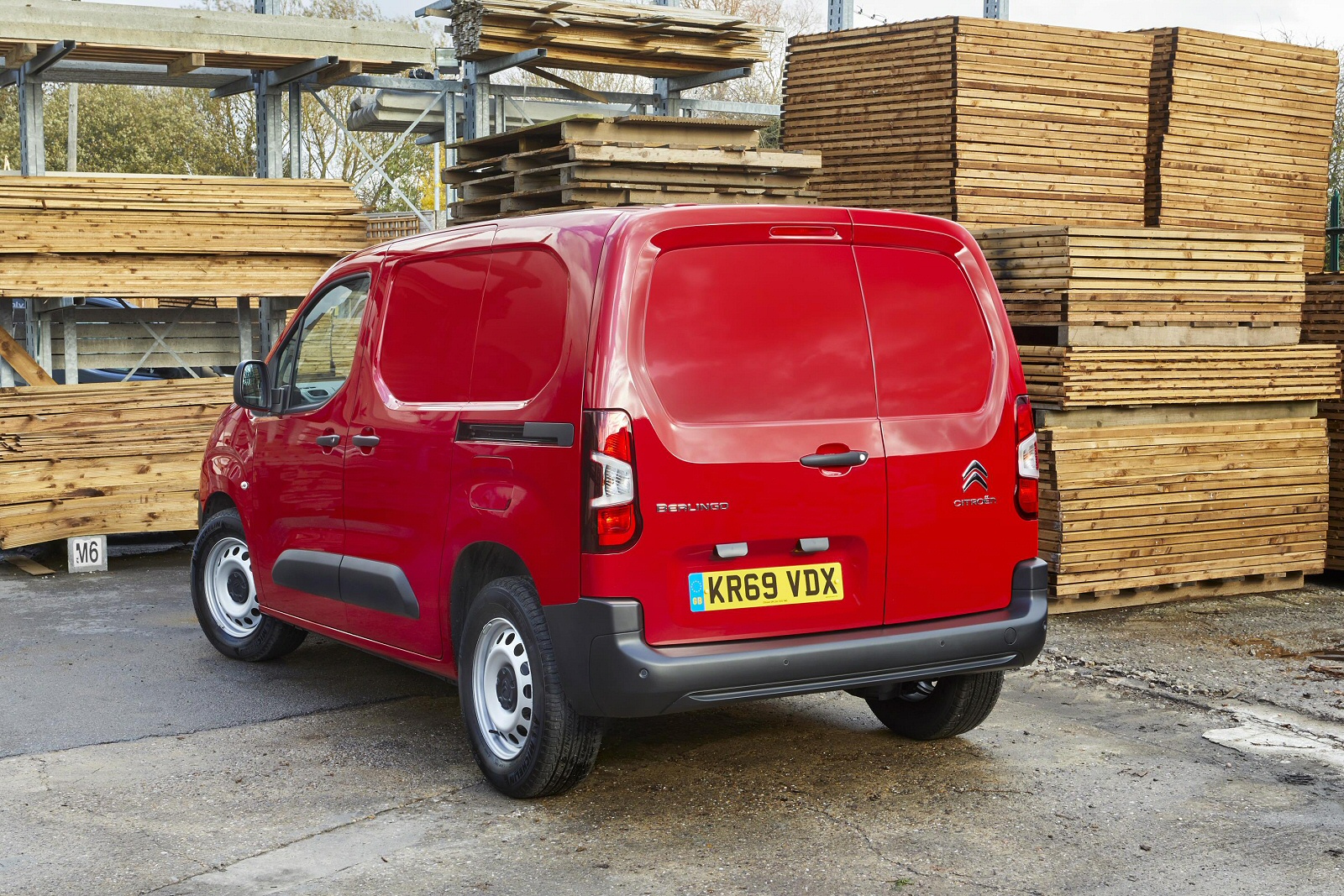 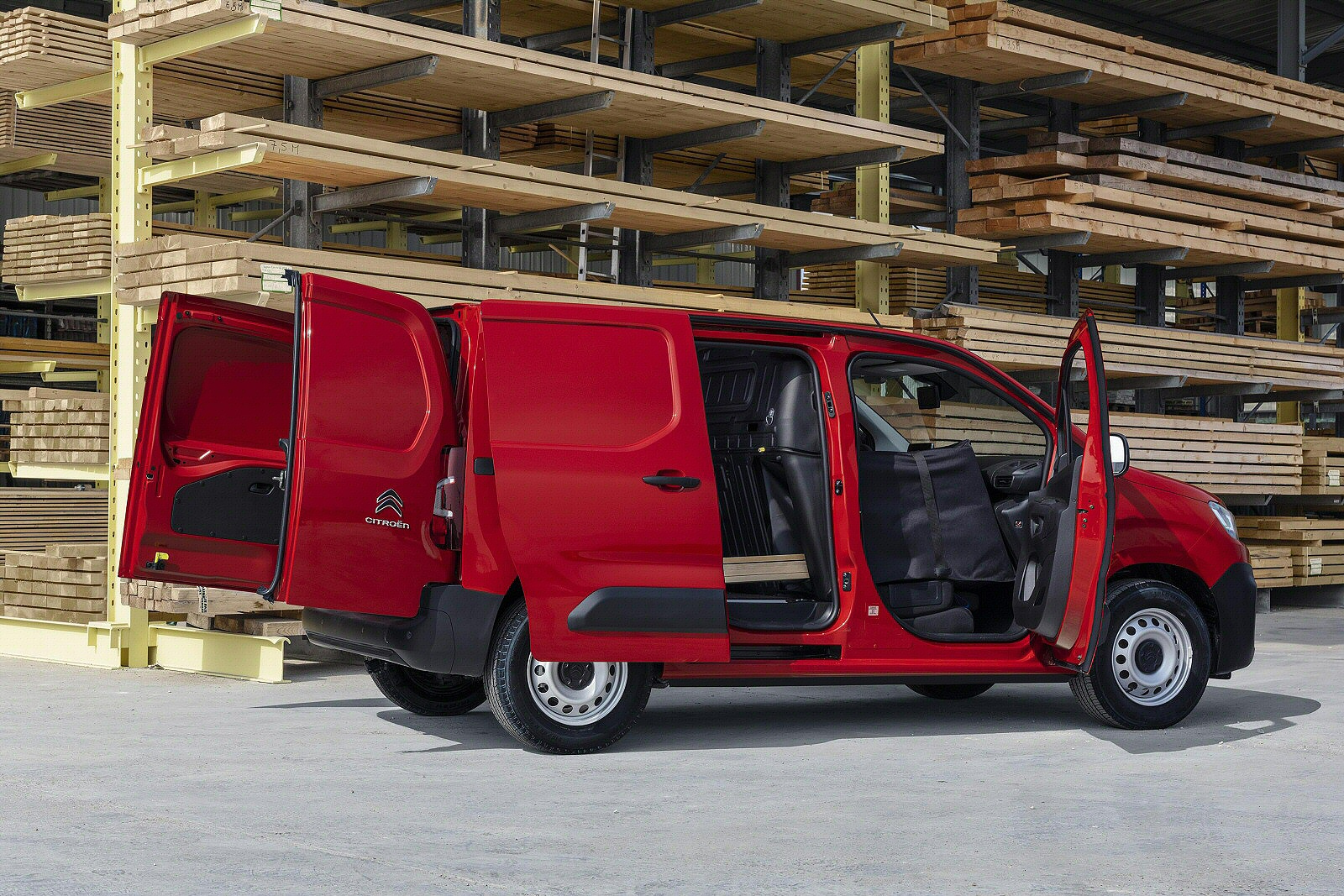 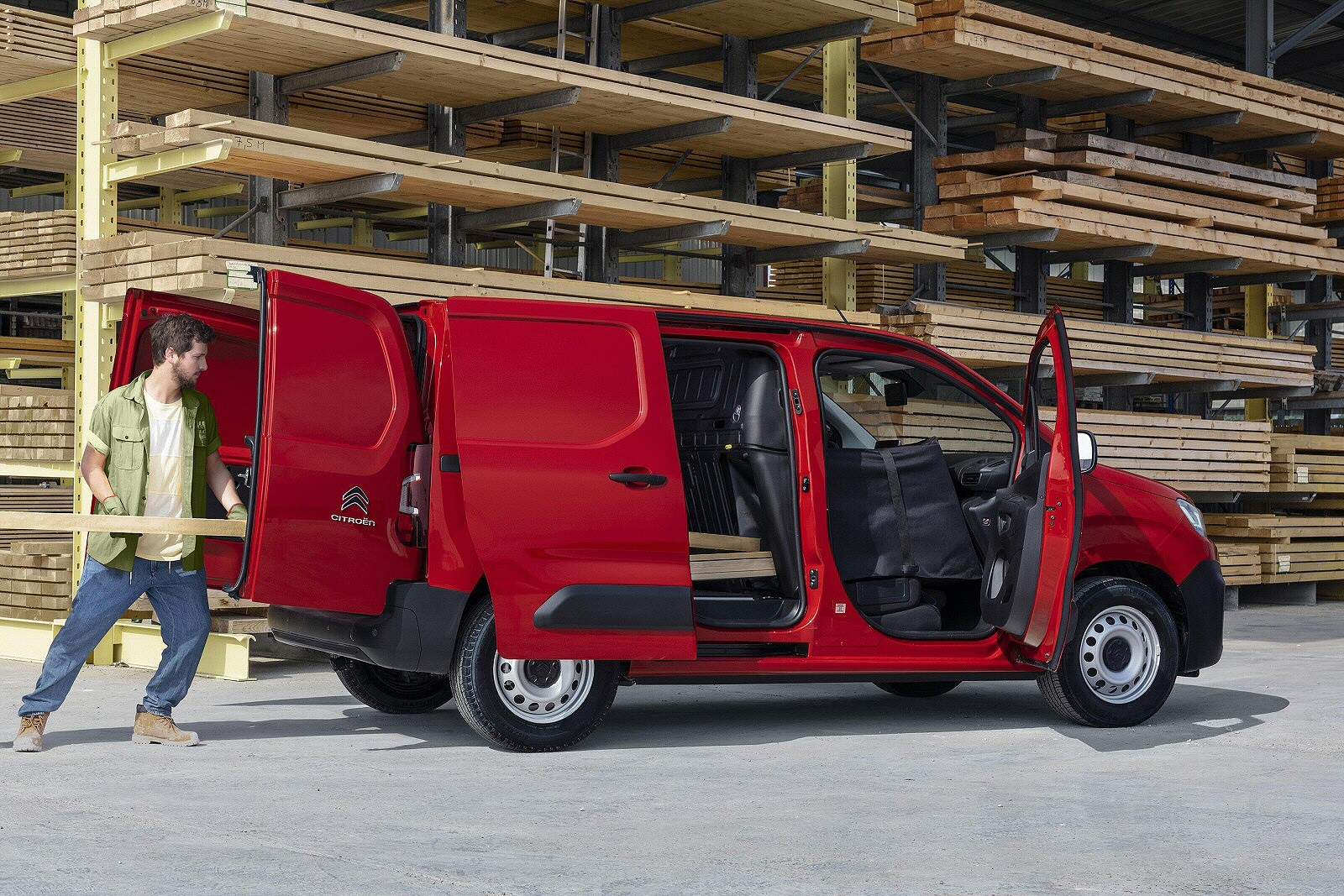 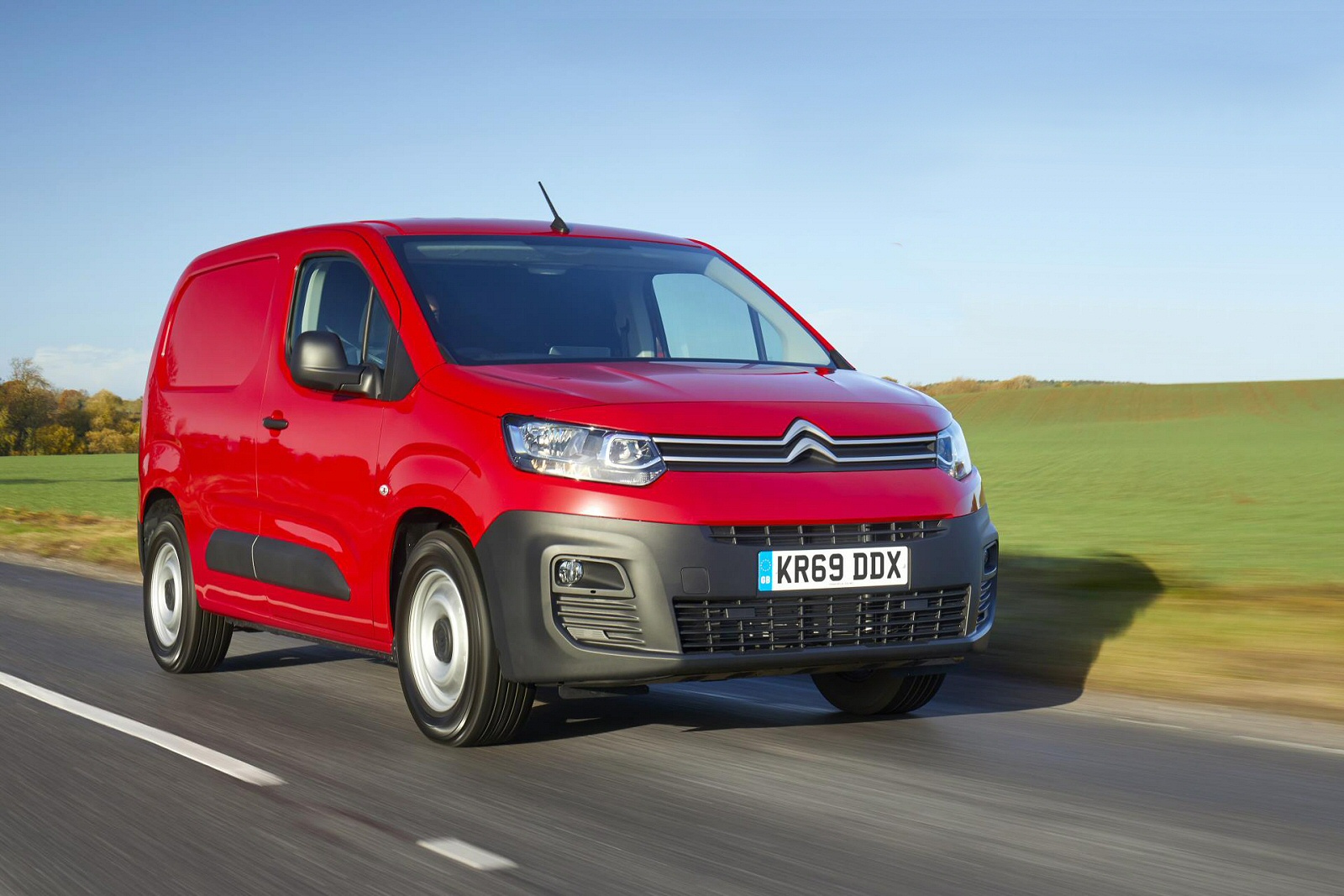 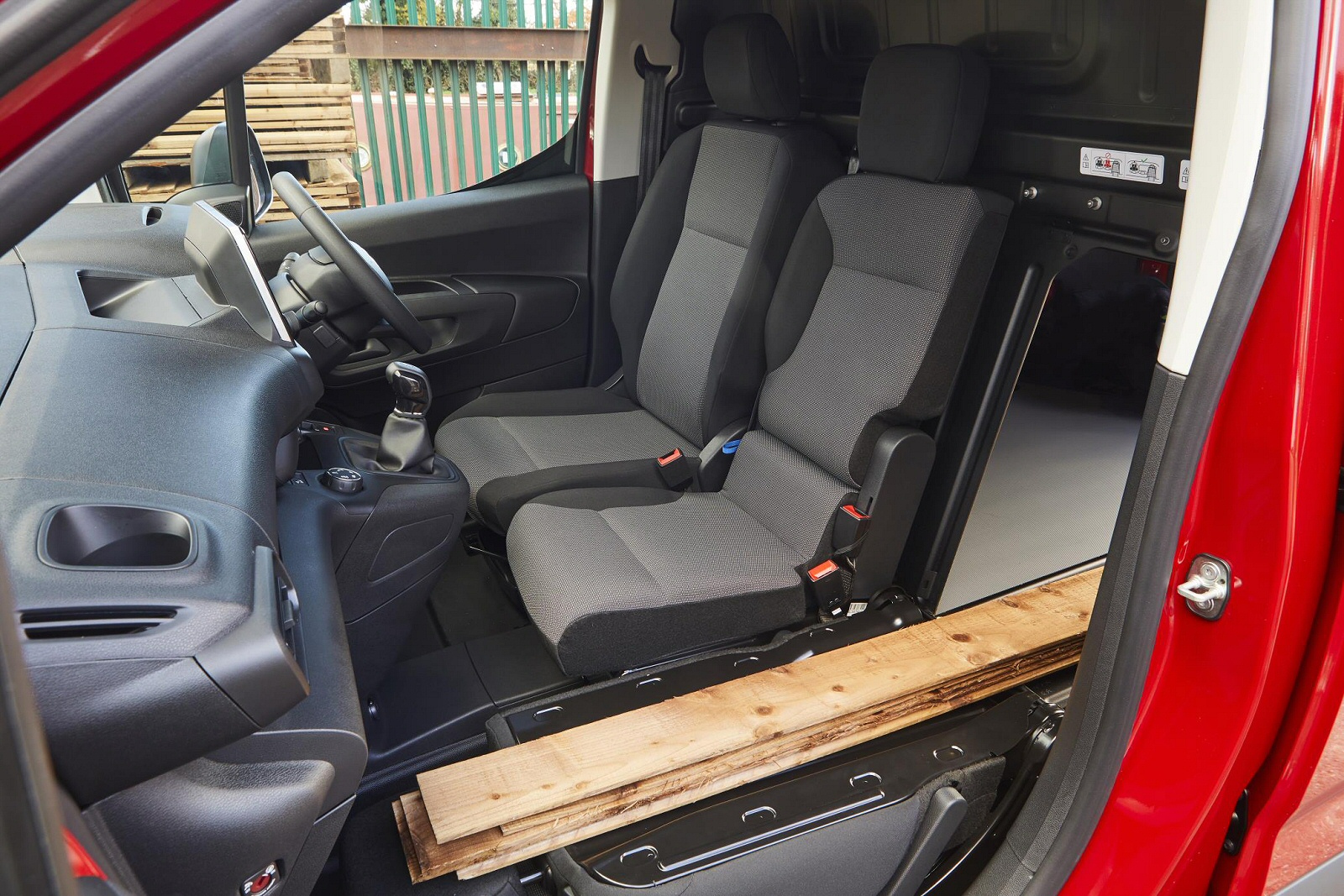 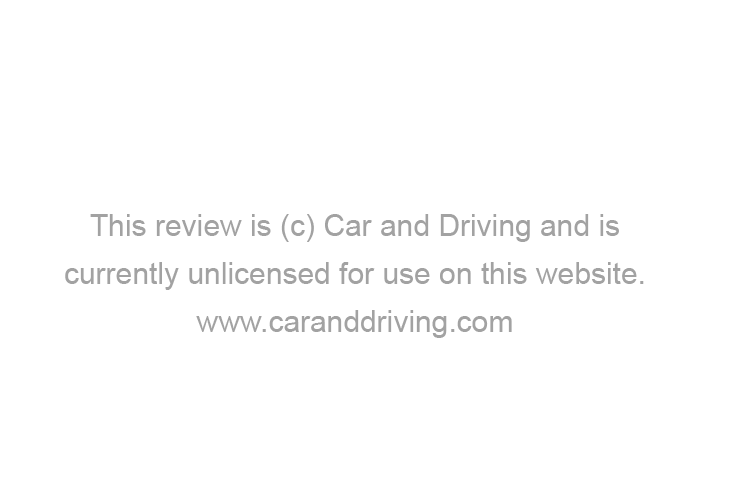 Some cars aren't too precious about the lives they need. Take Citroen's classic post-war 2CV. You could drive it across a ploughed field, hose it clean, subject it to a fearful leathering, then pass it on like a family heirloom. It was uniquely French, uniquely Citroen and its modernday successor was the first generation of this car, Citroen's Berlingo. The Belingo has been on sale as both a van and a van-based MPV for over two decades now, the MPV version previously badged 'Berlingo Multispace'. This third generation model is to be known simply as 'Berlingo'. Whatever you want to call it, this model line has been a successful one for Citroen (and for Peugeot whose Partner Tepee model was effectively a re-badged version of the same design). So much so that there have only been three iterations of people-carrying Berlingo in 25 years. This is the MK3 'K9'-series model, first introduced in 2018 and mildly updated here.

You'll probably be very pleasantly surprised by how the Berlingo drives. The old bump, thump and reverberations that characterised previous versions have well and truly gone. I know it's a bit of a cliche when discussing this sort of MPV but there is a lot of truth in describing this boxy Citroen as 'car-like'. For what is quite a tall, high vehicle, there's none of the tippy feeling that characterised the previous generation version of this design, helped in no small part by beefier anti roll bars. And a much improved suspension set-up. Which in turn has made possible the kind of ride quality you'd like to expect from a Citroen: in other words absorbent and very well tuned for our terrible roads. It's an important thing to consider, for I reckon that aside from safety and practicality, ride quality needs to be one of your key criteria when making a decision on an MPV-style vehicle. Too firm and you'll never manage to get the kids off to sleep on a long journey at night: too soft and they'll get car sick. The Berlingo strikes a good balance because it's a little softer than you might expect in compression and rebound - in other words, over the bumps - but a little firmer than you'd think in roll - in other words, around the corners. Engine-wise, you get to choose between a 1.2-litre three cylinder Puretech petrol unit with 110hp. There's also an auto transmission 130hp version of this unit. The combustion alternative is a 1.5-litre BlueHDi diesel (with 100 or 130hp). Or you can go full-electric with the e-Berlingo, which uses a 50kWh 100kW EV powerplant with a 170 mile range.

This third generation Berlingo sits on the PSA Group's current EMP2 platform and gets the same kind of two-tier light signature frontal treatment we've seen on the company's recent models. There's a forward-set windscreen and a high and short front end, plus 'Airbump' plastic panels protecting the flanks from supermarket scrapes. As ever with a Berlingo, there are two wide sliding side doors and they feature electric windows. There are two body styles - 'M' and 'XL'. And buyers choose between 5 or 7-seat variants. Citroen claims class-leading interior versatility, with three individual seats in the rear that can be folded down with a simple movement using the 'Magic Flat' controls in the boot. Combined with a folding front passenger seat, this feature provides a perfectly flat floor and a load length of up to 2.70m for the standard 'M' version and 3.05m for the lengthier 'XL' model. There's a class-leading boot volume, increased by 100-litres to 775-litres for the 'M' version. The boot is easily accessible thanks to the opening rear window in the tailgate and two different height positions for the luggage cover. Around the cabin, there are 28 large and ingenious storage spaces such as the Modutop multi-function roof that also lets more light into the interior. The 'Top Box' glove box is unique to the segment thanks to the 'Airbag in Roof' system. Automatic models get an 'e-Toggle' automatic gearbox controller, a brushed metal selector that's supposed to help make driving the Berlingo more effortless.

Let's face it, cash-strapped families don't want to spend too much on the car that'll move them about. The good news with this Berlingo is that they don't have to. Prices range in the £22,000-£28,000 bracket for combustion model - the all-electric e-Berlingo starts at around £30,000 after subtraction of the available government Plug-in car Grant. Either way, there's the option of a seven-seater variant if you want it. If you do, you'll want the lengthier 'XL' body style, which demands a £1,700 premium over the five-seat 'Size M' body shape. In the combustion range, there are three trim levels - 'Feel', 'Rip Curl' and top 'Flair XTR'. For e-Berlingo customers, there are 'Feel' and 'Flair XTR' options. Pricing for the e-Berlingo starts at around £30,000, after subtraction of the government grant. In the combustion range, the 'Rip Curl' and top 'Flair XTR' versions both get Citroen's 10-inch digital driver display instrument cluster. 'Rip Curl' trim is available in the most popular M 'Medium' body length and comes with a whole host of exterior and interior detailing, including a bright 'Ocre' Colour Pack with 16-inch 'Starlit' black alloy wheels and Onyx Black door mirror. 'Rip Curl' decals can be found on the front doors and rear-quarter windows, whilst inside drivers will find a fresh-looking grey 'Curitiba' interior trim with a yellow stripe and white stitching, as well as custom 'Rip Curl' seat labels on the three independent rear seats with adjustable headrests. The 'Rip Curl' variant also comes fitted with automatic dual zone climate control, front parking sensors and a colour 180-degree reversing camera. Drivers can also access a full suite of safety aids including Active Lane Keeping Assist, Active Safety Brake, Speed Limit Recognition and Recommendation, and Extended Traffic Sign Recognition.

Day-to-day running costs are kept well in check. The 110hp 1.2-litre PureTech petrol variant most will want manages 45.8mpg on the combined cycle and 146g/km of CO2. The BlueHDi 100 diesel improves those stats to 57.4mpg and up to 135g/km. Of course, you'll have to do your bit as a driver in order to get anywhere near the published fuel figures. To help you, the centre dash infotainment screen's 'Trip Computer' section gives you read-outs for current fuel consumption and remaining range. Plus it will tell you how long the Stop & Start system has been functional for on any given trip - though I'm not really sure why you'd ever want to know that.... The e-Berlingo has a range of up to 170 miles and supports up to 100kW rapid (DC) charging, with an 80% re-charge taking less than 30 minutes. A full charge from a 7.4 kW single-phase wallbox takes 7.5 hours thanks to the 7.4kW on-board charger. Enough on powertrain efficiency. What about other financial considerations? Well, regular service intervals come round every 16,000 miles or 12 months, depending on which comes sooner. If you engage in what Citroen calls 'Arduous' conditions of use, then you'll need a servicing visit every 10,000 miles or every year. The bottom line is that most owners will need to budget around an annual dealership appointment; there are plenty of Citroen outlets to choose from, so you should never be too far from one. So you can budget ahead, the French maker offers its 'Citroen Maintenance' scheme that lets you pay either a one-off fee or monthly instalments to cover the cost of the routine upkeep of your car for as long as three years and 35,000 miles.

Older Citroen Berlingo Multispace models tended to be enormously endearing. Like a faithful family hound, your people-carrying Berlingo wouldn't be flashy and could be a little agricultural in its manners but would never let you down. This third generation design though, has set out to add a little pedigree to the breed and in doing so, changes the rules quite significantly, positioning this model as a more desirable family accoutrement. Spend enough on this current generation version and it can be as stylish, safe and high-tech as you could possibly want. Going that route of course dilutes much of the price advantage that so sets more basic variants apart from more conventional - and arguably more car-like - compact MPVs. But it doesn't negate it completely. Which means that you can specify this Berlingo precisely the way you want and still end up with one of the most affordable five or seven-seat people carriers on the market. And a car that's far more spacious and practical than most of its contemporaries into the bargain. Which of course is why Berlingo sales remain so strong - and why you need to try one of these if you're looking for a good value set of family wheels. You can thank me later.