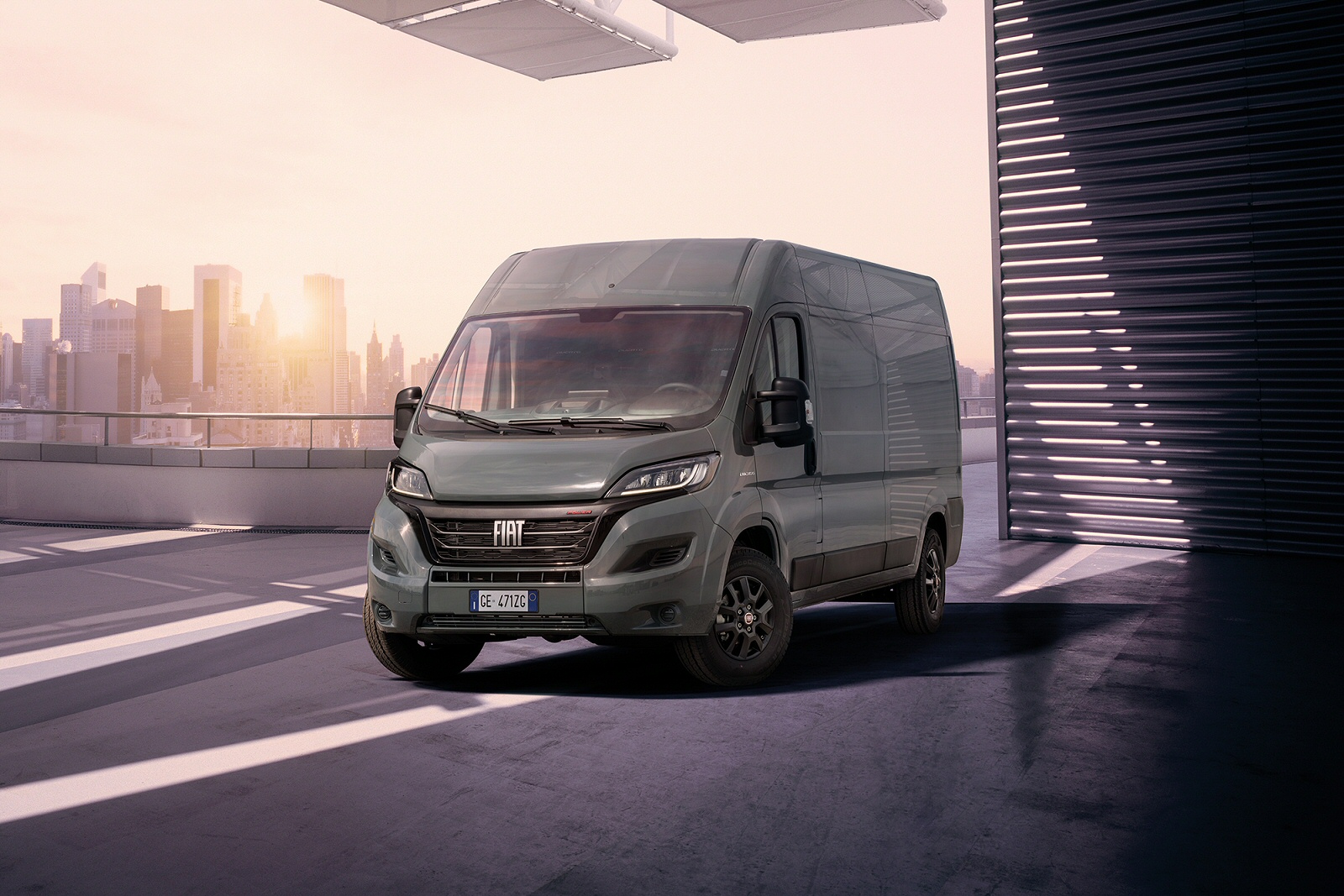 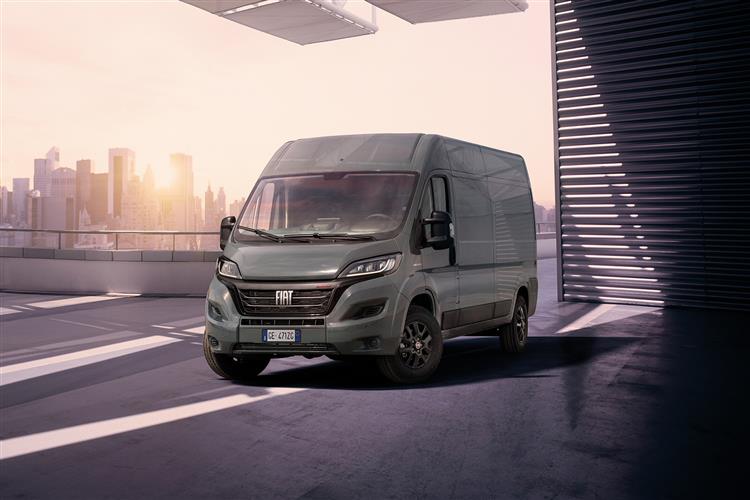 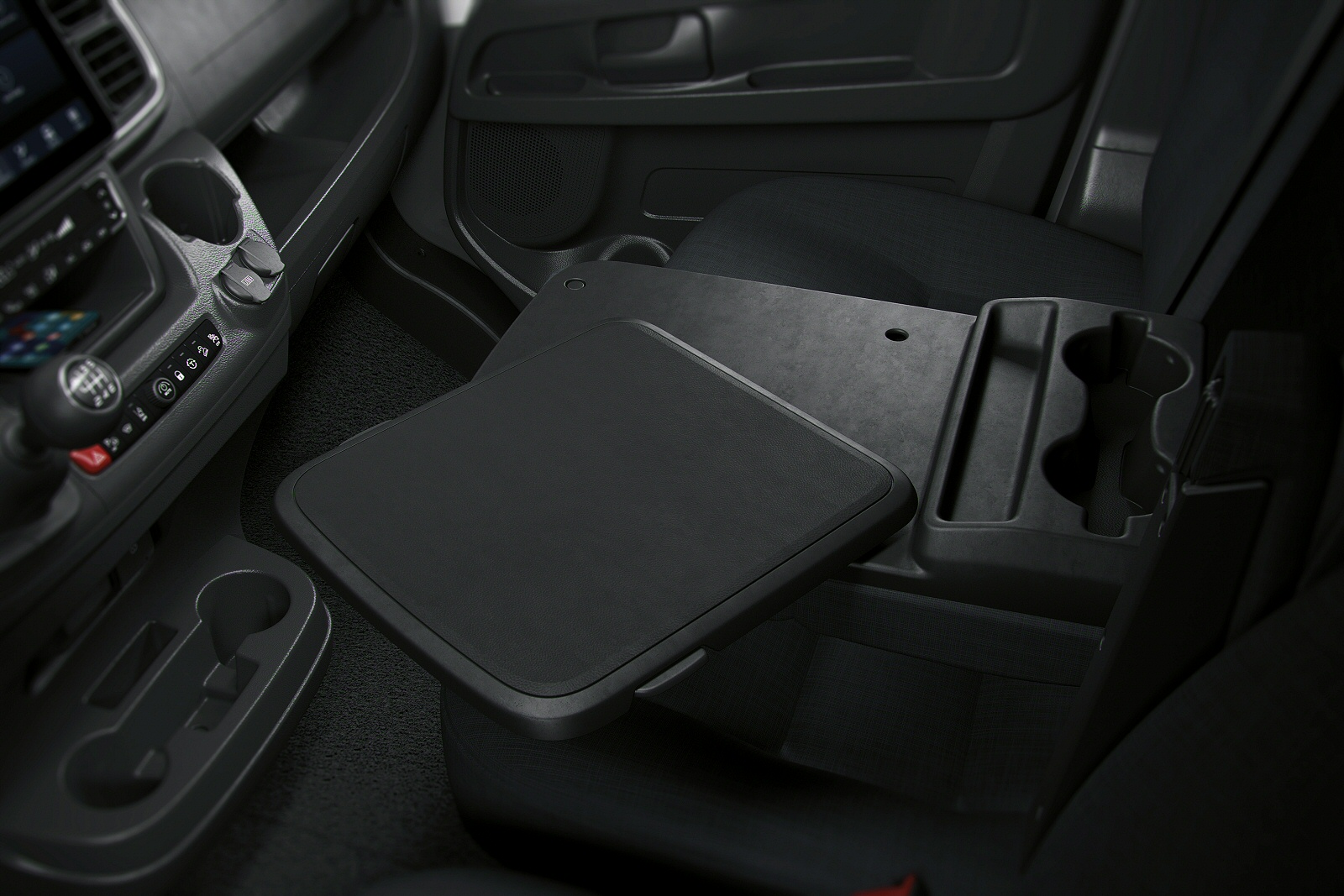 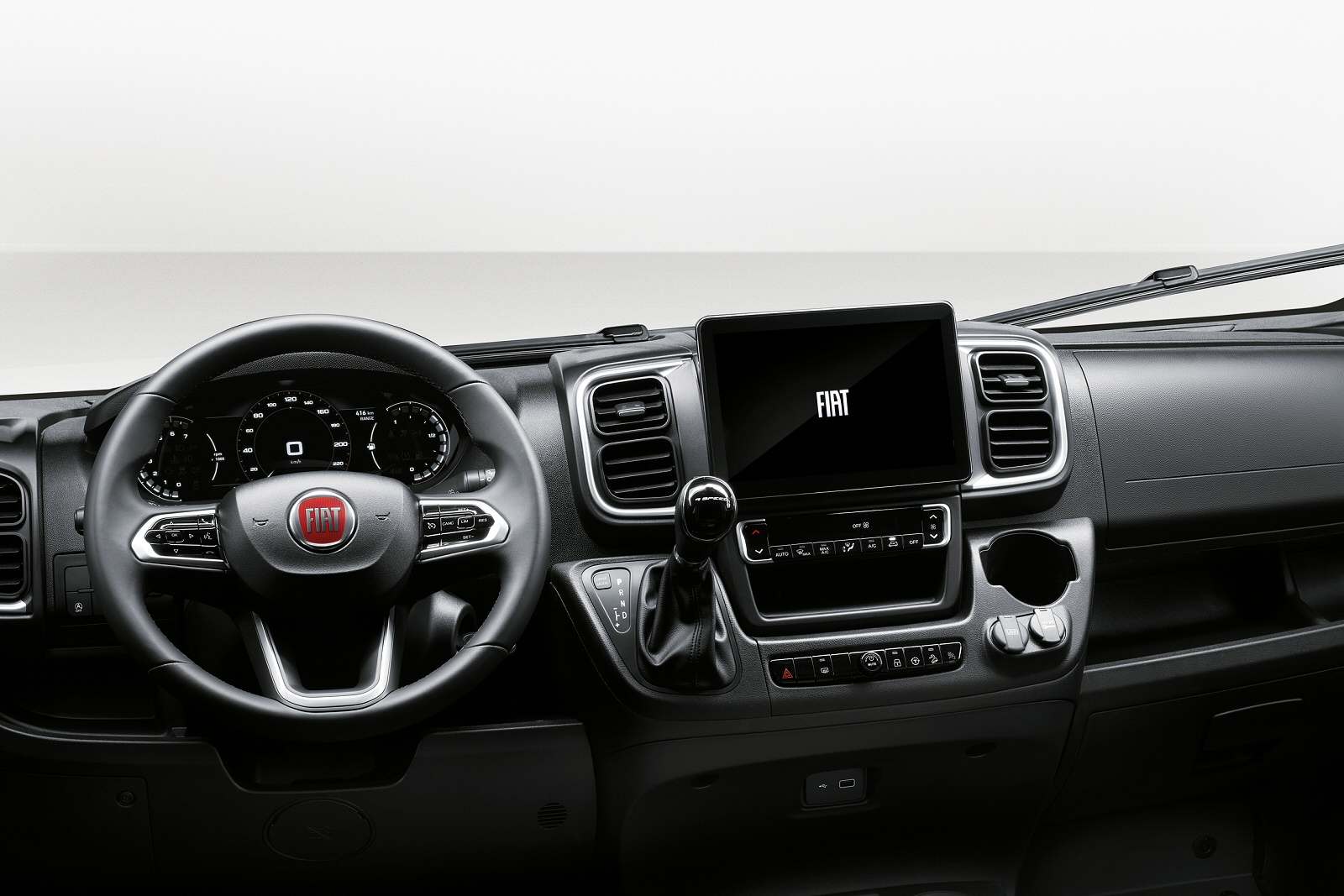 Fiat's largest van, the Ducato, ups its game in this much improved form. Jonathan Crouch reports

It's interesting how cultural factors creep into what seem the most pragmatic buying decisions. Take large panel vans as an example. On the face of it, choosing a van is about the least emotional vehicle selection procedure you can imagine. You weigh up the relative merits of each model and one comes out a winner. Yet how is it that in northern Europe, a Ford Transit is so often the result of that process whereas in southern Europe, those cold hard calculations usually equal Fiat Ducato? Clearly dealer proliferation is a factor, but more than that it's trustworthiness. If everybody else buys one, they must be good, right? The Ducato is good. Now in its sixth generation, the Ducato has forged a solid track record. It's notched up around 3 million sales since it was first launched in 1981, and continues to make big numbers not only in Europe but also in the 80 international regions in which it is on sale. In recent times, this model has made more running cost sense thanks to the addition of cleaner Euro6D Multijet3 engines. And there's also a full-electric version too.

Fiat has established itself as a centre of excellence for diesel engine technology and the latest Euro6D MultiJet3 engines found under the bonnets of this improved Ducato reinforce that reputation. Most Ducato buyers opt a diesel. There's a 2.3-litre Multijet unit on offer, with 450Nm of torque, developing either 120, 140, 160 or 180hp and available with either 6-speed manual or 9-speed auto transmission, both 'boxes significantly improved. The alternative is the full-electric E-Ducato, which is offered with two battery sizes - 47kWh (which has a 120 mile WLTP range) or 79kWh (which has a 192 WLTP range). The 47kWh model gets to 30mph in under 6 seconds, has a top speed of 62mph and takes 2 hours 25 minutes to charge via AC or DC chargers. The 79kWh E-Ducato takes four hours to charge. A key change is the new electric power steering system, claimed to be more precise and manageable in all driving and load conditions, with a smaller steering wheel with a reduced turning circle. Mechanically, the Ducato retains its front-wheel drive configuration with a McPherson front suspension and a rigid-axle rear suspension with leaf springs. The front suspension top mounts have been reinforced to reduce noise, with a number of rear suspension configurations on offer depending on vehicle use. Single-leaf springs, with or without anti-roll bars, underpin standard van and passenger versions. Double-leaf springs, again with or without anti-roll bars, cater to large-capacity vans and heavy conversions. A heavy-duty rear suspension with double leaf-springs and an anti-roll bar is available for very heavy conversions up to maximum 2,500kg allowed.

The Ducato remains recognisable but a bit more contemporary-looking in this improved form. The front now has a bolder look, featuring smarter Fiat badge in its center, flanked by re-styled three-section LED headlamp units. The engine housing and the skid plates have also been redesigned. Inside, the awful old manual handbrake between the driver's seat and the door has been replaced by an electric parking brake. And Fiat has introduced the so-called 'Eat-and-Work passenger seat', which becomes a convenient space to work or for a snack when folded down. There's also a compartment to charge mobile phones wirelessly, double USB-A and USB-C ports, a high-voltage 230-V power socket, larger and more spacious door panels and a heated windshield with internal electrical resistance for quick defrost. The seats come with a more contemporary look with smarter padding and offer more space and comfort. Up to ten in-cab storage areas are available, including the glovebox, a fascia-mounted document clip and various open or lidded compartments on the dashboard. In addition, there are large door pockets, a storage space beneath the passenger seat and a sizeable 22-litre overhead storage compartment. There's been a clear effort amongst this Ducato's designers not just to improve the perception of quality in the cab but also to beef up high use, high stress items such as the rear doors. Some 11,200 hours of bench tests and over 500,000 door operation cycles were also conducted to effectively simulate more than ten years of heavy use resulting in reinforcements to the key points of the body and door surrounds, as well as redesigns and improvements to the hinges, sliding rollers, stops and door seals.

There are three trim configurations: 'Tecnico', 'Tecnico Plus' and 'Business Edition'. These three specs can be customised even further by adding other packs with ADAS systems and improved functionaliy. The Ducato panel van range opens in diesel form at around £22,000 excluding VAT. Obviously, the all-electric E-Ducato costs a lot more. You'll pay somewhere around the £50,000 mark (after deduction of the government's Plug-in Vehicle Grant). There are also Window Van, Crew Van, Chassis Cab, Chassis Double Cab, Platform cab, Dropside Truck and 1-Way Tipper body shape options. A fresh set of connected services can transform the way you might be able to use this Ducato. 'Uconnect' Services and the FIAT app will make it possible to manage and monitor the vehicle directly from various devices. Further services include remote assistance, smart navigation, remote control and fleet management. Every month, a report can also be sent on the health of your Ducato, with recommendations on how best to take care of the vehicle. A 'My Remote' feature offers smartphone interaction with the vehicle, even when away from it, to lock and unlock the doors, check its location and set up alerts on speed, area and time slots. Plus, if using a voice assistant, directions can be sent straight to the car and receive information on vehicle status. The 'My Car' feature monitors the health of this Fiat at any time, including fuel level, tyre pressure, odometer and receipt of direct notifications on maintenance or repairs. Using 'My Navigation', you can reach any destination quickly and stress-free, with traffic, weather and speed camera information in real time. The 'Send&Go', 'Parking Search' and 'Refuelling Station' features help to optimise time. 'My Wi-Fi', with added Wi-Fi Hotspot, enables the connection of up to 8 devices and the use of the Amazon Alexa Voice Service in your vehicle. The 'My Alert' pack is available for notifications if a theft of Ducato is attempted to receive assistance.

With this improved Ducato, you can specify self-leveling air suspension, to lower the load threshold, making loading and unloading easier. Otherwise, the practicalities aren't much different. You get a choice of eight different load volumes, ranging from 8 to 17 m??, across four lengths, three wheelbases and three heights, with payloads of between 800 and 2,100kg, as well as three different sizes each of side-sliding and rear doors. Even here there's a total of 1,000 possible van permutations alone. The squared-off load compartment offers class-leading cargo space between the rear wheel arches (1.42 m) as well as category-leading internal dimensions and accessibility. The Ducato also boasts best-in-class space efficiency - measured in terms of the ratio of load compartment length to total length. It stacks up particularly well in this regard on versions of less than six metres which are predominantly used in urban areas. There are no practicality compromises with the E-Ducato's battery installation. Best-in-class efficiency figures are promised, with WLTP CO2 emissions for the entry-level 2.3 MultiJet 120hp variant as low as 172g/km and an impressive fuel economy figure of up to 43.4 MPG on the WLTP cycle. Obviously, these figures will vary with body size and engine output. And you've the option of the full-battery E-Ducato variant if you want it. The diesel unit has 30,000 mile service intervals to help lower service bills and reduce time the vehicle spends off the road for maintenance.

Pounding the streets of Naples or Palermo is about as tough an assignment as you could think to put a commercial vehicle through, but it's here that Fiat's Ducato has earned a loyal following. If it can put up with that sort of traffic, heat-cycling, and punishment from potholes, cobbles and other road users, British conditions aren't going to make it break a sweat. The latest model builds on the toughness of its predecessor and adds a welcome layer of technical sophistication. Fuel economy on the diesel variants has been markedly improved and it's impossible to argue with the basic practicality of the Ducato. Perhaps the biggest threat this van has to face down is from its sister vehicles, the Citroen Relay, the Vauxhall Movano and the Peugeot Boxer. Your buying decision may very well come down to which of these four you can negotiate the best deal on, but do consider the Fiat's better media connectivity before haggling.