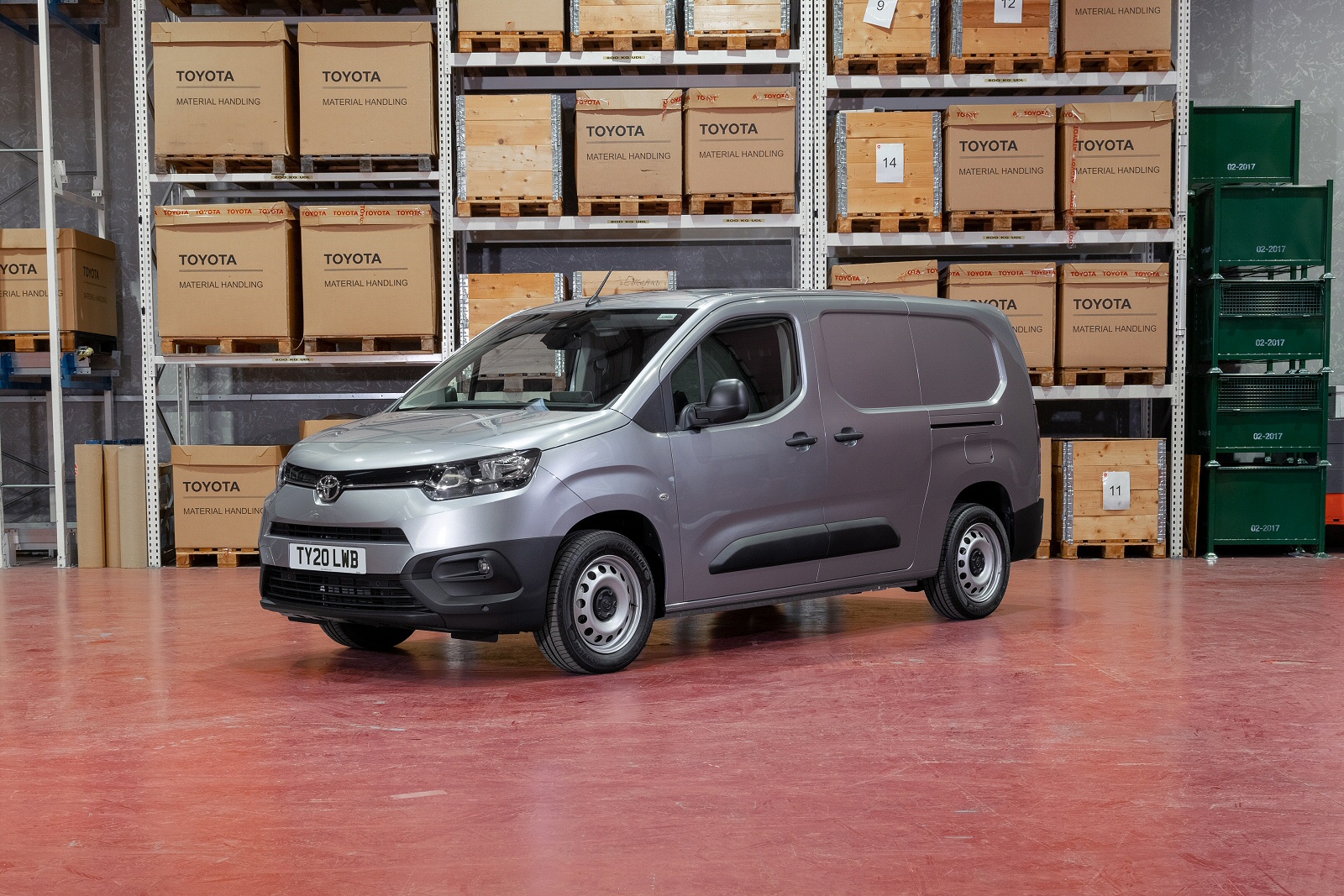 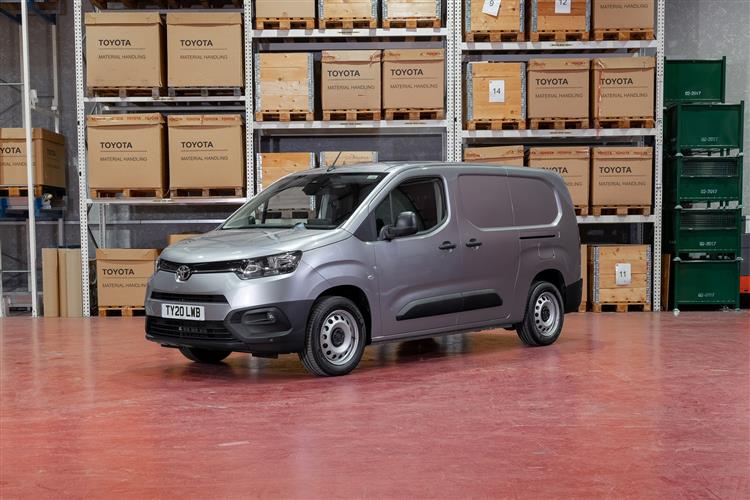 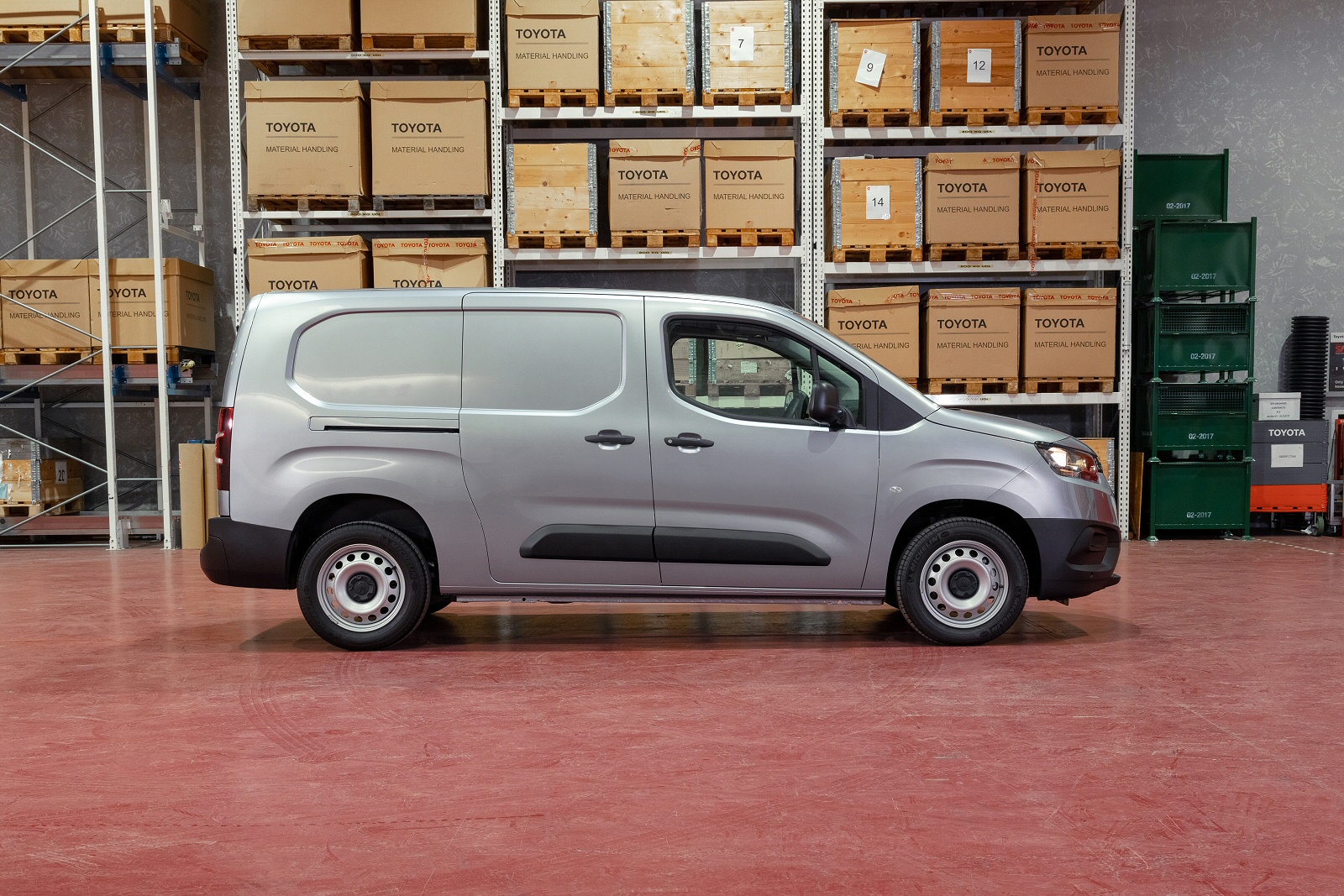 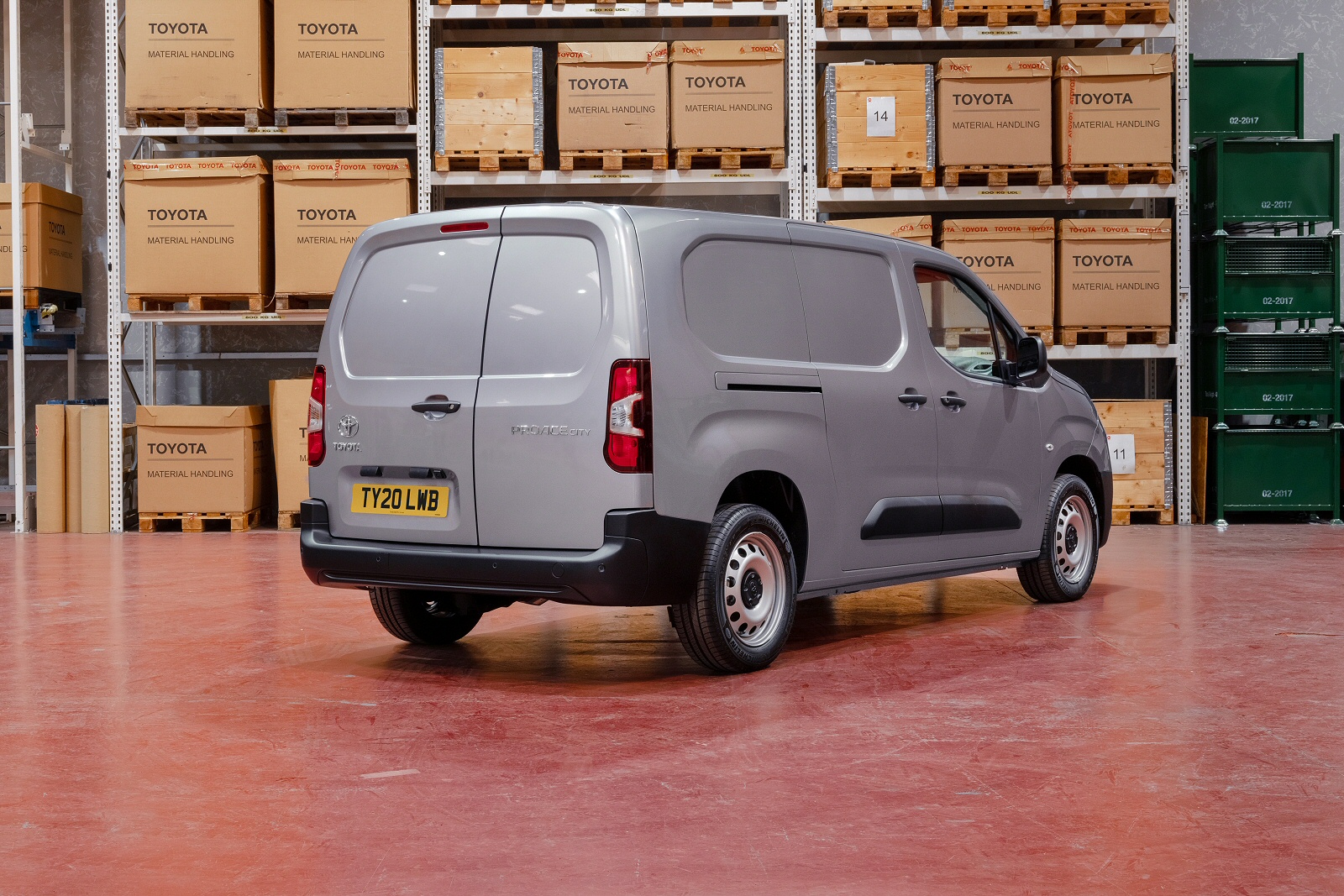 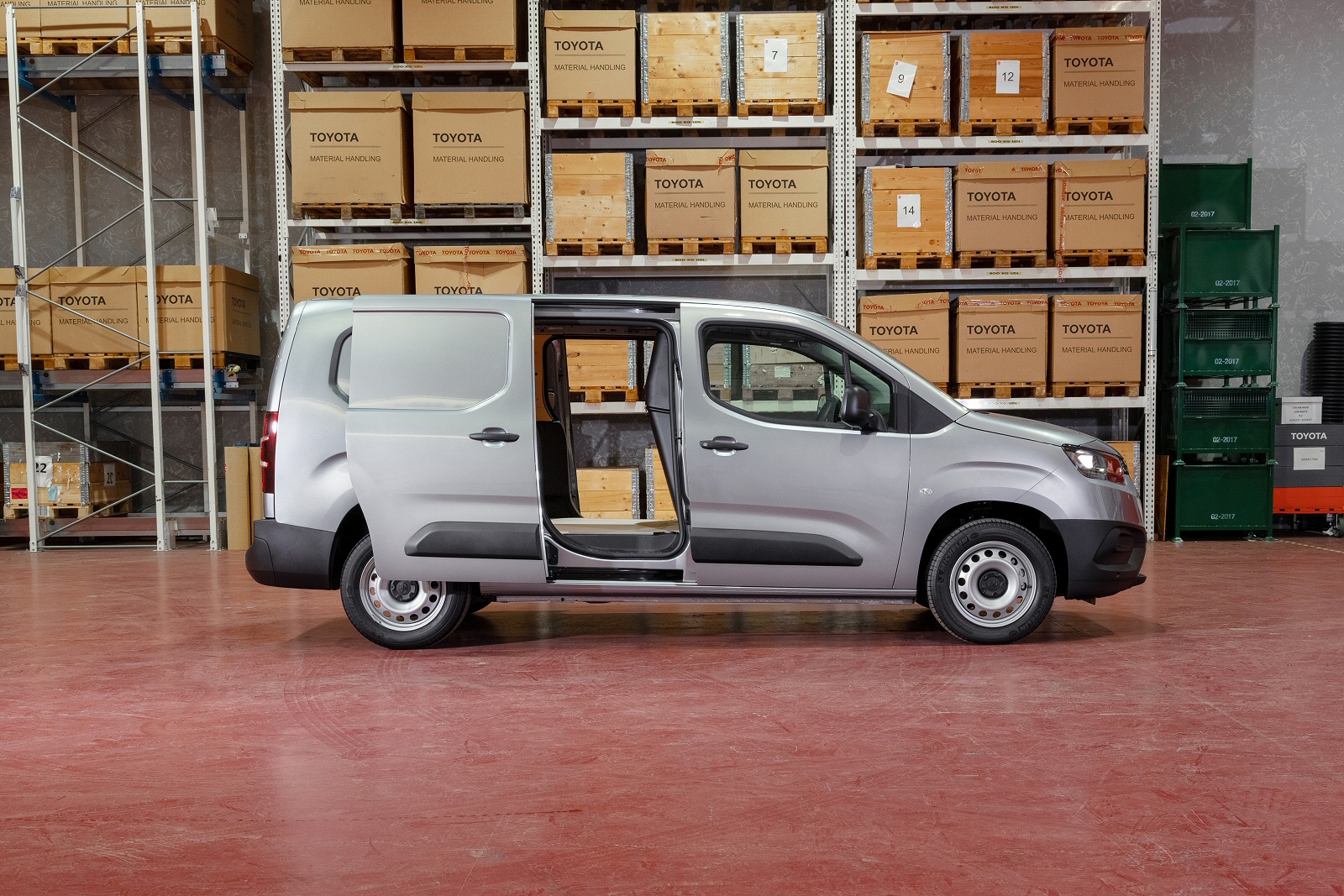 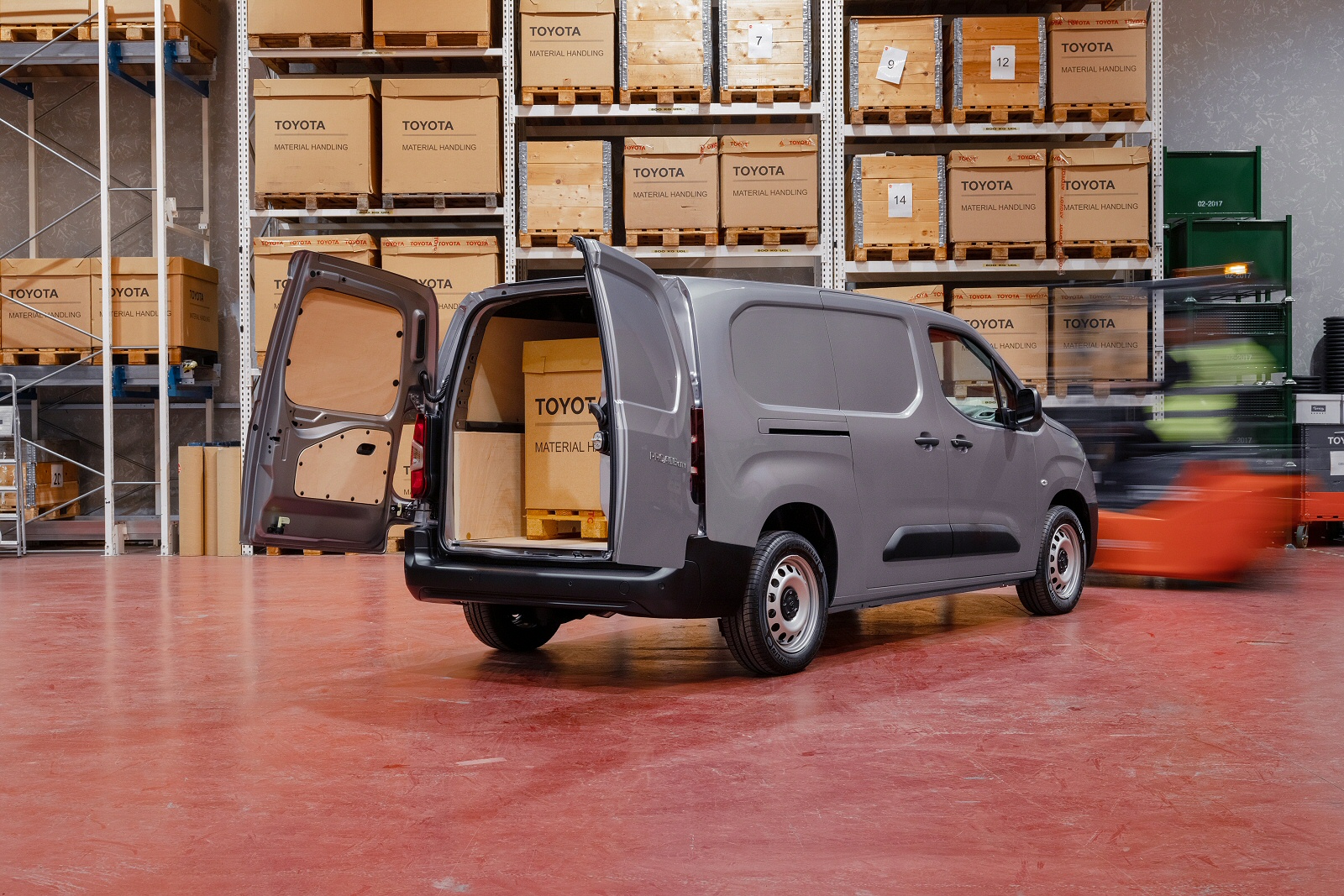 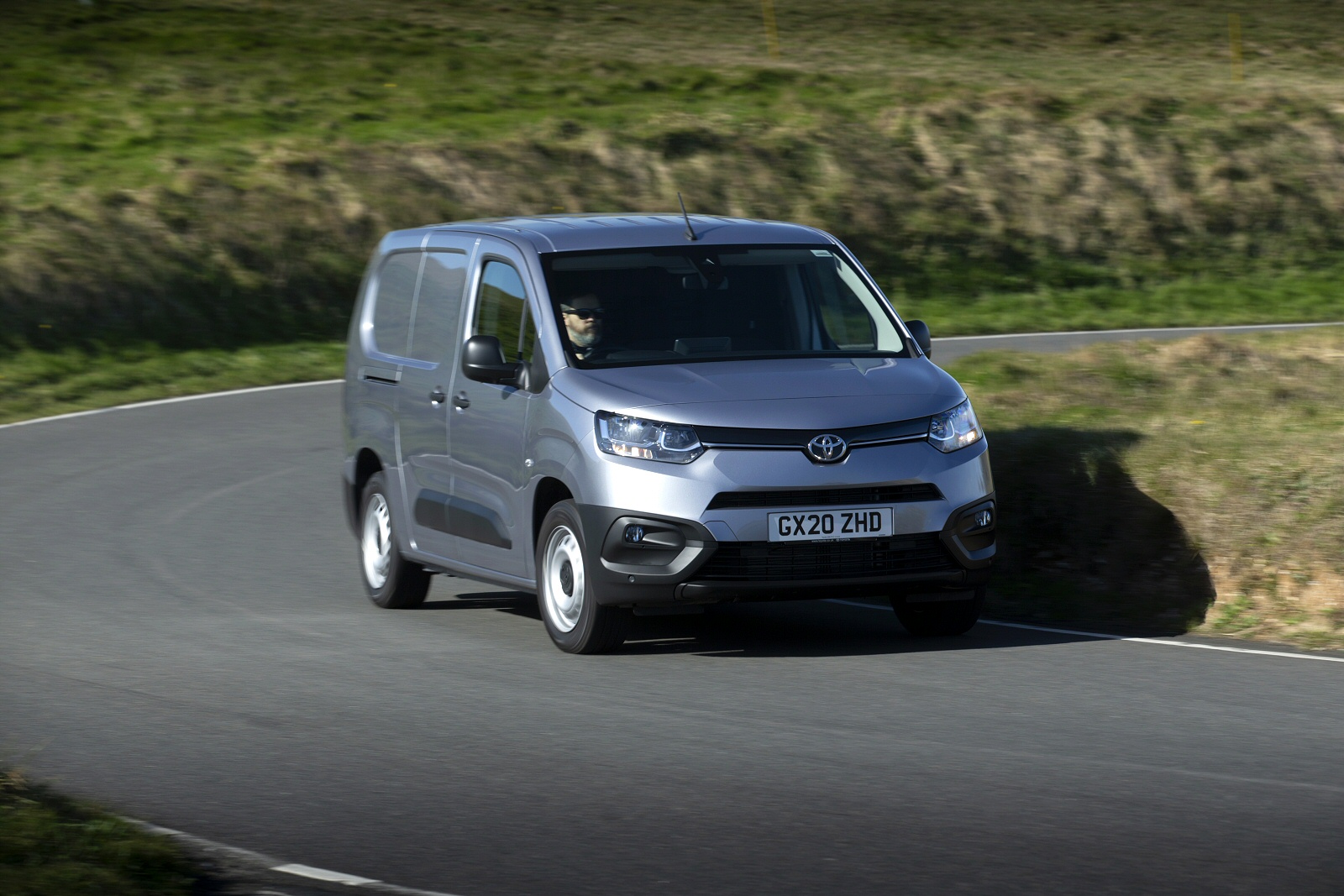 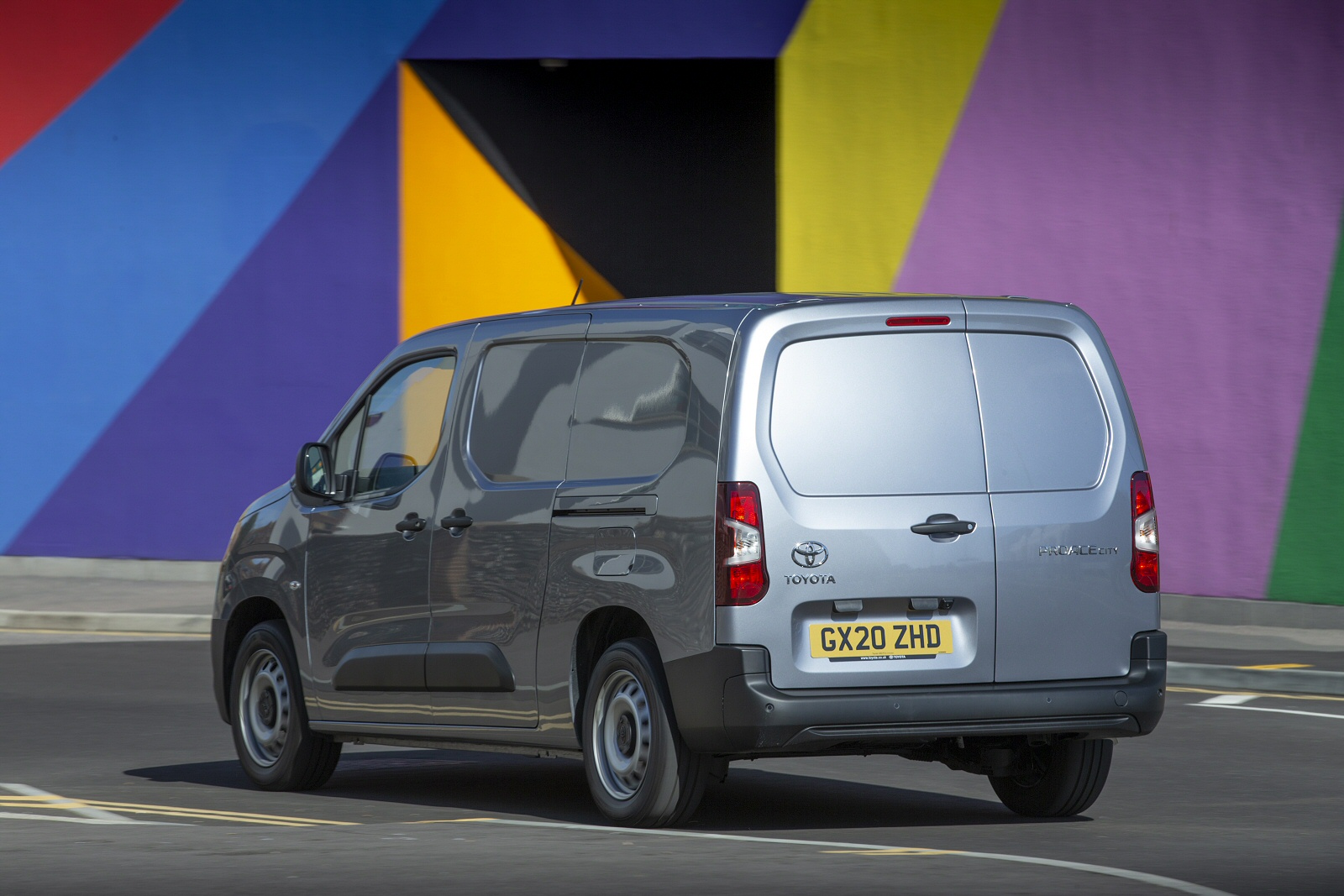 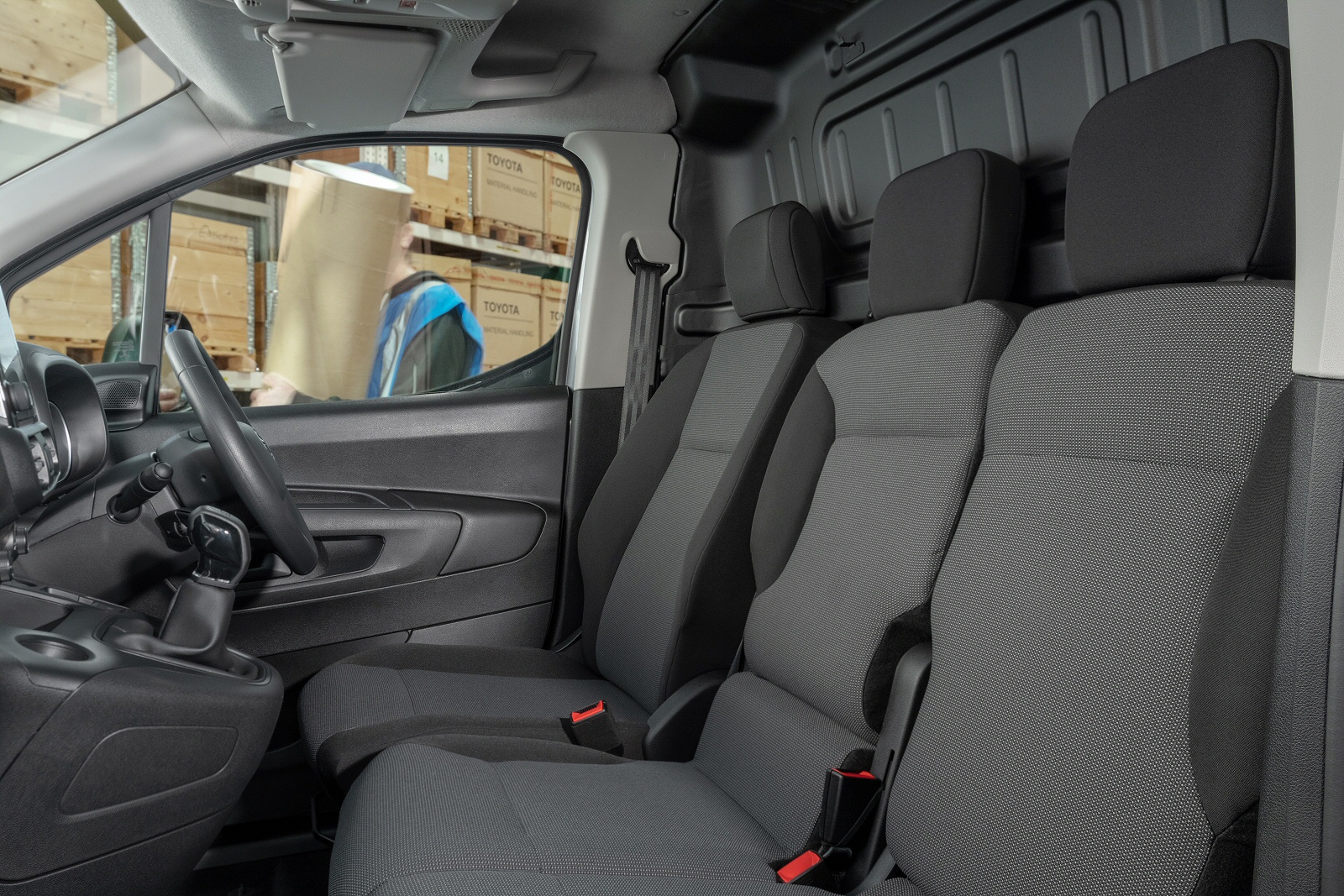 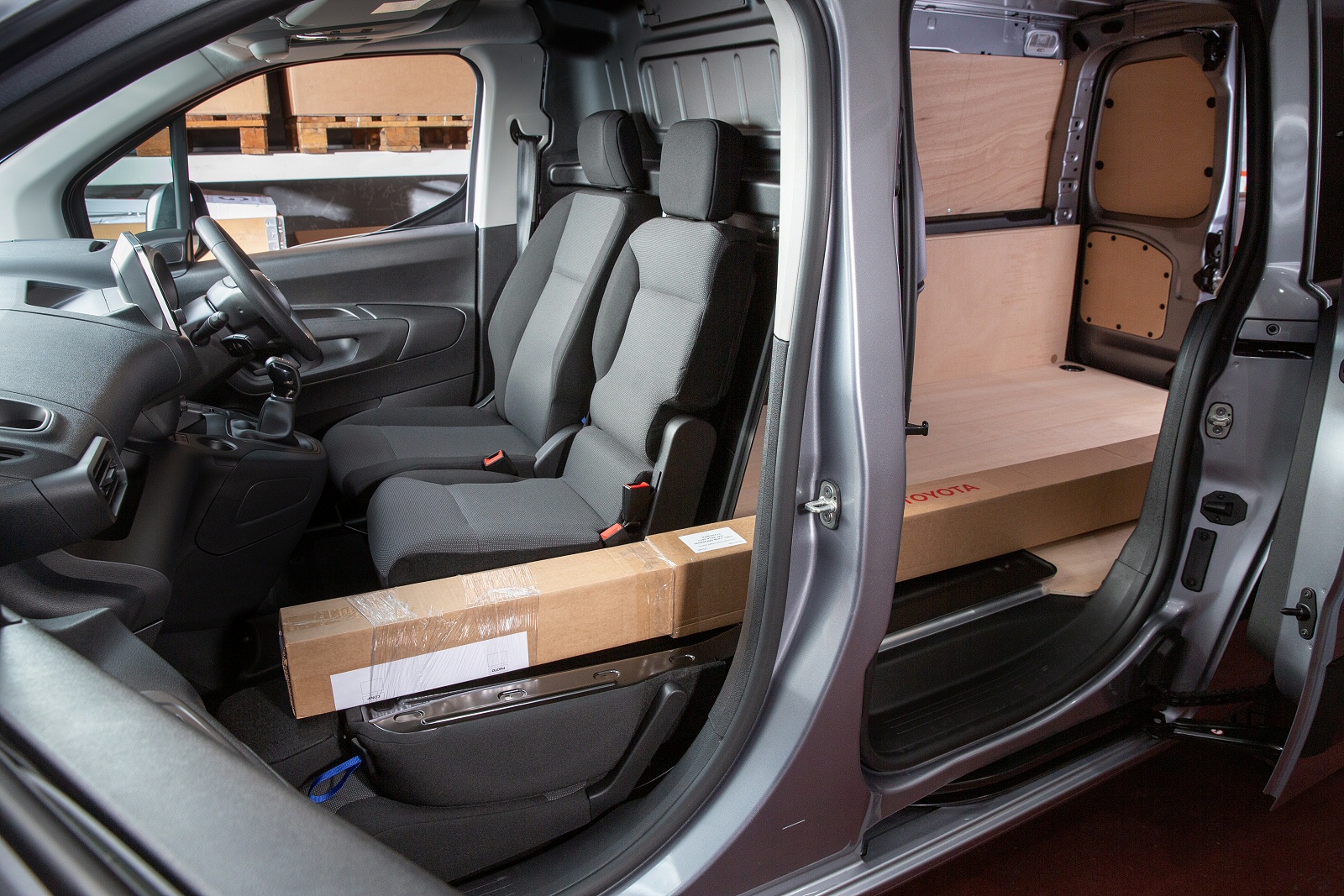 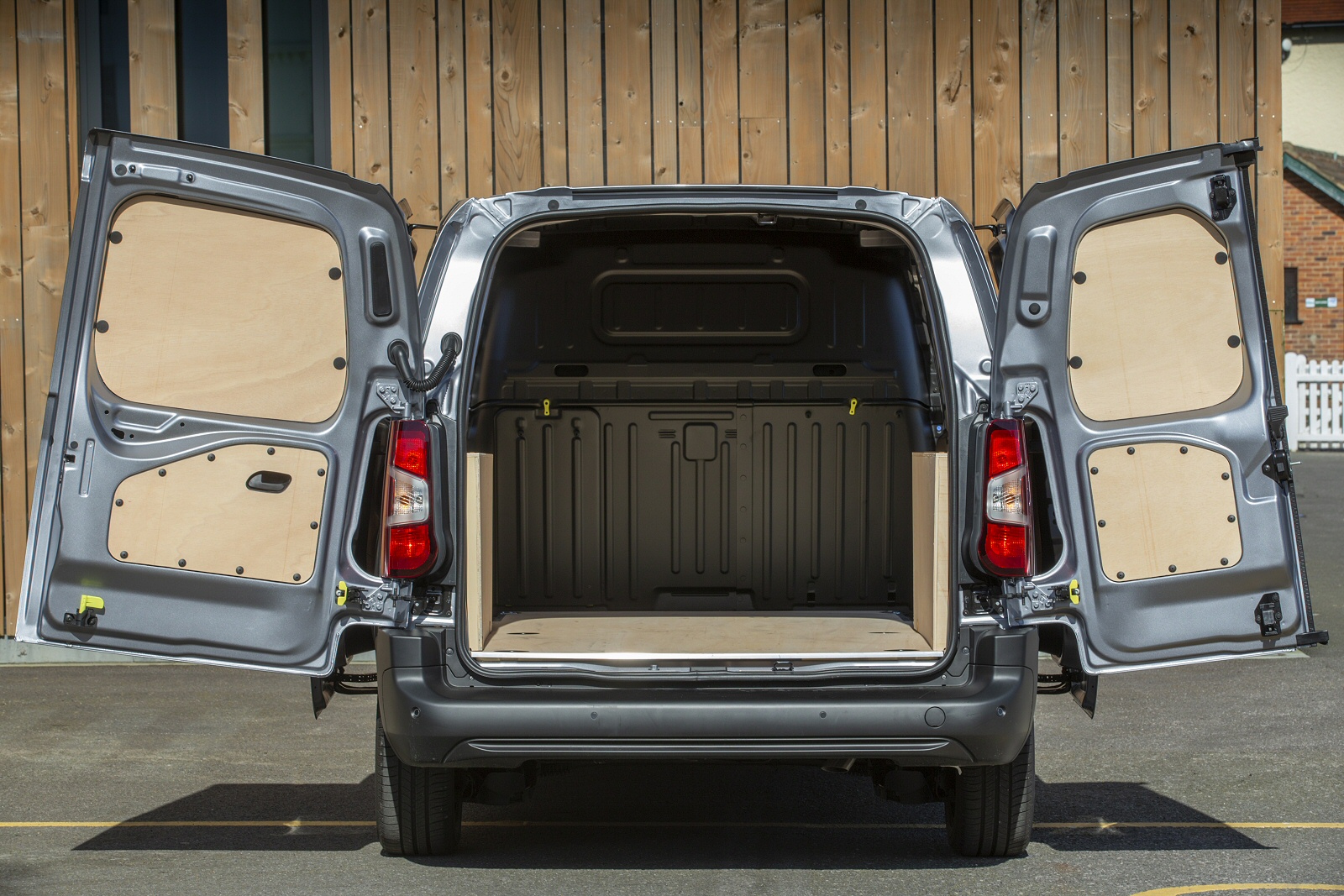 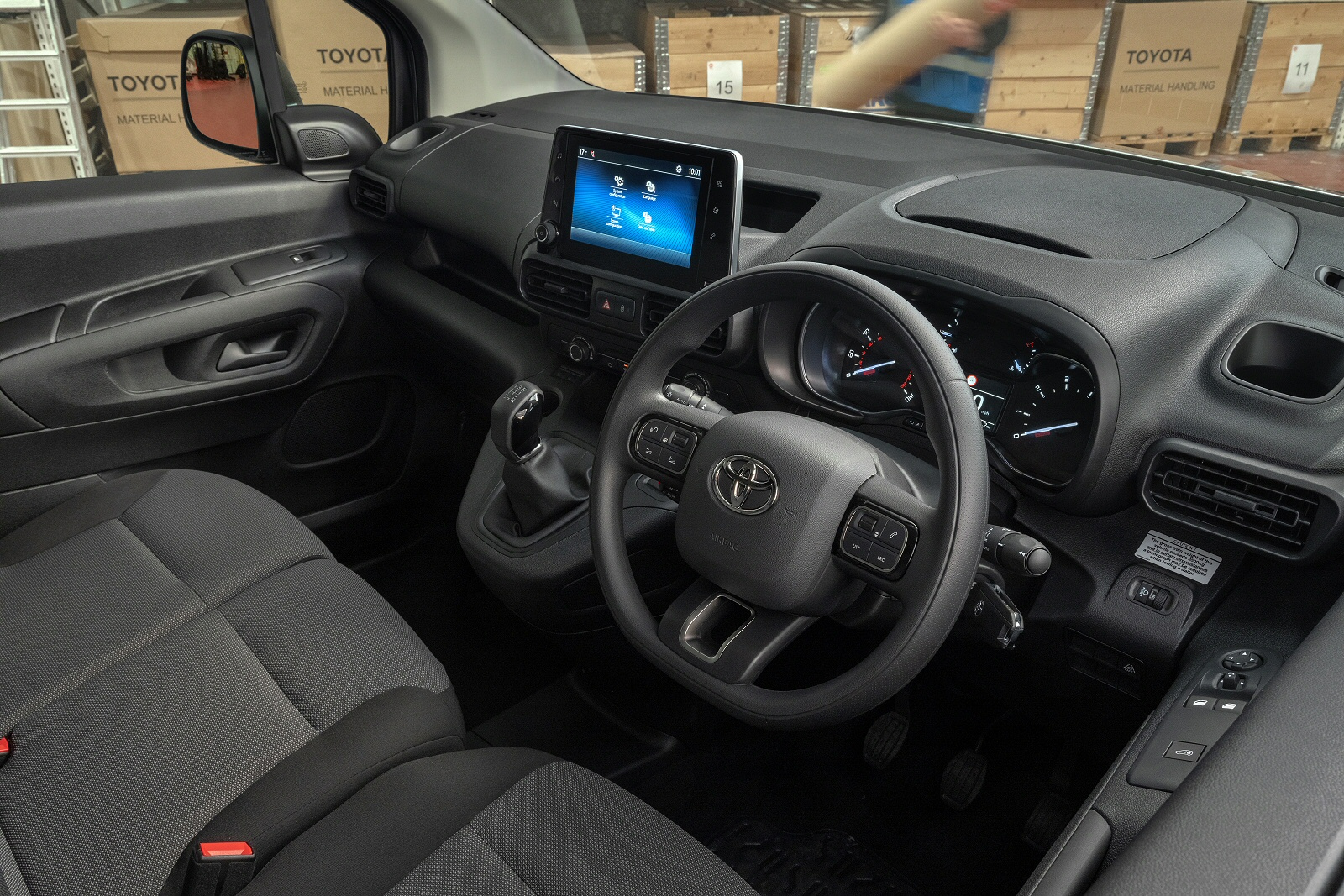 The BMW X5 changed the way we thought about SUVs. No longer were they 'off roaders' that you might use to drive on road occasionally. The X5 was an unashamedly tarmac-focused vehicle that handled well, offered a decent amount of space and offered a commanding presence and elevated driving position. Of course, a whole slew of imitators followed in its wake but for many, the X5 is a car that still defines its genre. Used buyers have long been attracted to this BMW due to its build quality and value. Here we look at how to pick a bargain from the current stock of facelifted second generation models, built between 2010 and 2013.

Inventing a class-defining car is one thing. Keeping it at the top of the bunch is quite another when rival manufacturers have the benefit of a 'wait and see' approach, cherrypicking the aspects of the design that work and ditching the bits that don't. BMW certainly got the first part right back in 1999 with the first generation X5, a luxury SUV that completely changed the market for large 4x4s. Prior to its appearance, cars of this kind were slow and ponderous. This one proved it didn't have to be like that and buyers loved it. By the time the second generation version arrived in 2007 however, an even more sophisticated package was needed, to distance this car from its X3 stablemate as much as from a growing copycat band of ever-improving rivals. These models were getting bigger. Much bigger and the X5 needed to respond if it wasn't to find itself wallowing in mid-market. The response was impressive and enough to take total X5 worldwide sales comfortably over the million mark but deep down, BMW knew there was still work to be done. This car, after all, no longer had the market to itself and with a second generation X3 threatening the lower rungs of its model range, further enhancements were needed - and provided in 2010 in the form of the revised MK2 model we're looking at here. Think it doesn't look much different? I'd agree with you, but you can understand the Bavarians' reluctance to tamper too greatly with a winning formula. Under the bonnet, there were a raft of changes aimed largely at improving the efficiency of this massive car. BMW wanted to demonstrate to Mercedes and Audi that it had a clear engineering edge. Even when this model was replaced in 2013, its rivals were only just catching up to the powerplants BMW debuted in 2010. Here's what to look for when shopping used.

You really do have to be an X5 enthusiast to notice the changes visited upon these revised MK2 models. There are restyled bumpers with larger vents that better cool the engine and brakes, with matt aluminium-look lower scuff plates and vent fins supposed to underscore this car's performance credentials. LED corona rings adorn the headlight clusters above more centralised front fog lights. There's more LED lampwork at the rear above a set of enlarged tailpipes. Otherwise, it's pretty much as you were if you're familiar with the original 2007 version of this second generation car. The changes are equally subtle inside the particularly roomy and practical cabin with its high quality materials, superb commanding driving position and clear instrumentation. Clutter-free surfaces come courtesy of the iDrive control system that banishes legions of fiddly little buttons, the downside being that despite improvements, the set-up still takes a little time to master. Modern design touches like the gear selector that juts from the central transmission tunnel like a shard of glass further set this interior apart, but we're not quite so keen on the electronic parking brake. In the back, there's room for three fully-sized adults as long as they're on reasonably friendly terms, while behind them, there's the option of the third row seating that BMW lengthened this second generation car to take but that it now says hardly any buyers ever want. One reason perhaps is that specifying these extra seats denies you what is otherwise a very useful 90-litre under-boot cavity. Either way, the 620-litre boot is certainly a decent size, extendable to 1750-litres if you're able to flatten the split-folding rear seats.

What to Look For

No significant problems have yet to be reported with the X5, although minor niggles such as blown LED lights have been reported. Be aware that the desirability of the car is very dependent on colour choice. Stick to safe silver, graphite or black and you shouldn't go too far wrong but some of the more colourful hues won't be so easy to sell on. Check the electronic functions work as some of these can be a very expensive fix. Also check the tyres for signs of uneven wear and look for kiddie damage in the back and evidence of overenthusiastic off-roading. The problems that once afflicted the BMW 3.0-litre turbodiesel engines had long been solved when this X5 was introduced, so no worries about ingested impellers here.

(approx prices based on a 2011 X5 xDrive50i ex VAT) An exchange starter motor retails at around £245, while a windscreen will set you back around £350. Expect to fork out £475 for an exchange alternator while front brake pads cost a hefty £150. An entire headlamp pod will relieve you of £375. Replacement xenon bulbs are £99 a pair.

BMW's rivals clearly bought X5s, took them apart and tried to emulate what made this car so good but there's still nothing else of this genre that's quite as good or as confidence-inspiring on-tarmac. Whether anything weighing 2.2-tonnes in weight and 1.8-metres in height can ever defy the laws of physics enough to match BMW's description of this model as 'a driver's car' is another question, but if you tick the extra-cost boxes for Sports suspension and the Adaptive Drive anti-roll bars that hydraulically stiffen in corners to reduce roll, then you might be tempted to give the German marketeers the benefit of the doubt. But what of all the new engineware introduced to this facelifted second generation X5 in an attempt to preserve its class-leading position? Well it amounts mainly to improvements in power, torque and efficiency for powerplants here linked to a higher-tech silky smooth automatic transmission boasting eight rather than six speeds. Those on friendly terms with their local filling station have a 406bhp V8 xDrive 50i petrol model that offers an extra 53bhp over the old 4.8 to make 62mph from rest in just 5.5s, a figure that seems to make paying £20,000 more to go hardly any faster in the 555bhp X5 M model seem rather pointless. But all this is incidental. Almost every UK X5 buyer will want one of BMW's silky-smooth six cylinder 3.0-litre diesels and this car offers them a much more satisfying choice, with 10 and 20bhp more respectively than the original units fitted to this model. Most go for the entry-level 245bhp xDrive 30d, good enough to demolish 62mph in 7.5s, quite fast enough, you'd think, for a car of this kind. But even so, you can't help liking the 306bhp xDrive 40d version, its extra pulling power catapulting you past back road dawdlers before they've even worked out how to get in your way.

The second generation BMW X5 Series was a better car than any of us who were still slightly dazed by the first model expected. It was bigger yet drove even more beautifully. It was built better but consumed less fuel. It was nicer looking yet still offered more off-road ability than it had any right to. These improvements were further augmented with this 2010 model year-onwards facelifted car, which did a great deal to drive running costs down still further. That you can buy a lightly used late model MK2 X5 xDrive30d for much less than you'd pay for a well-specified diesel family hatch these days seems faintly ridiculous. So what's stopping you?